You'll have to see this station to believe it.

It’s not every day that a new station opens on the JR Yamanote Line. In fact, the last one (Nishi-Nippori Station) debuted in 1971. On March 14, however, a new station was unveiled to the public. Meet Takanawa Gateway Station (高輪ゲートウェイ駅).

But if you thought this was just another ordinary station then think again! This station is staffed with more than mere human beings. You will also be greeted by its robotic staff. That’s right. They’re there to help passengers change lines, check schedules and even pay in the station convenience store. They're sure to be a big hit with children, sci-fi fans and train enthusiasts alike.

And while you're there, be sure to check out the new Starbucks. This isn't your run-of-the-mill Starbucks. This is a Smart Lounge Starbucks; with semi-private seats, each with individual charging stations, the store (the first of its kind) hopes to let people integrate their busy lives with their commute and a short break. There are also two private work booths inside the station for people who prefer more seclusion.

And with the area around Takanawa Gateway rapidly growing, it’s expected that the area will become a bustling hub of high-tech shops and living. With the promise of the Olympic and Paralympic Games being held in 2021, this station is sure to experience some high foot and wheel traffic. It’s the hope of Mie Miwa, a JR East official, that “the station will be loved by people for a long time.” The aim is for Takanawa Gateway to connect Tokyo and the world, in an area that has good traffic accessibility.

Despite all the praise and hi-tech advancements, however, some people are unhappy with the new station, specifically its name. As JR East opened the station's naming to the public, the most popular names were Takanawa and Shibaura; in fact, Takanawa Gateway ranked 130! Despite this, the name was chosen by JR East officials and is unlikely to be reversed.

Only time will tell if the station will live up to the hopes of the people and JR East. One thing’s for sure — you’ve simply got to see it to decide for yourself! 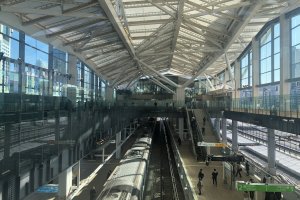 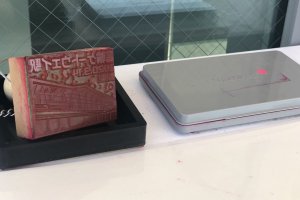 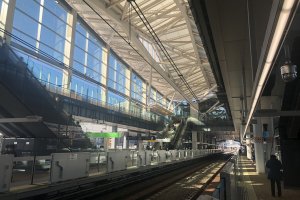 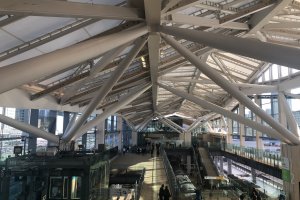 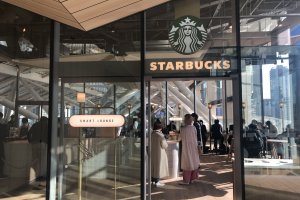 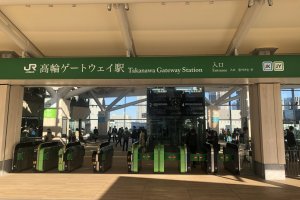 Questions about this News?

Sander van Werkhoven 5 days ago
For a modern station this looks rather nice, very light and bright indeed. One thing I am wondering though: can the average Japanese person pronounce "Gateway" anywhere near correct?
Reply Show all 0 replies

Elizabeth S 6 days ago
It's gorgeous! It'll be fun to interact with the virtual station attendants.

Kim B 6 days ago
I really like how light and bright the design is - so many windows!
Reply Show all 0 replies

Sherilyn Siy 6 days ago
A new station to add to the "Yamanote Line Game"!
Reply Show all 0 replies
4 comments in total