Don't miss the championship game of Japan’s American Football competition. The final round is here from an intense season of the Japan X Bowl Tournament.

The tournament plays all over the country, with this final game between Fujitsu Frontiers and Obic Seagulls held at the Tokyo Dome sports complex. Expect an exhilarating battle between the best two American Football teams of Japan.

Keep up to the date with the latest posts by Japan Travel's editorial team. 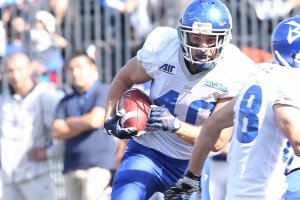