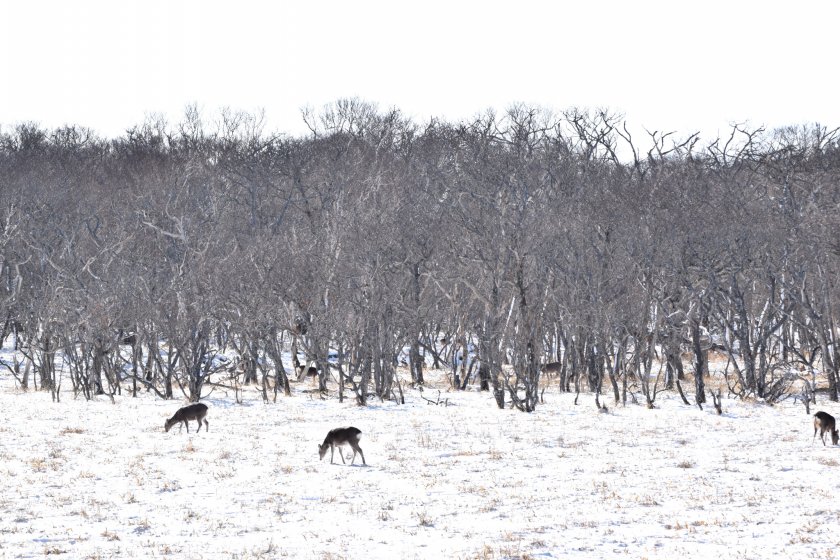 The winter landscape on the Notsuke Peninsula is like nothing else

I visited Monbetsu in Hokkaido a couple of years back, predominantly for the opportunity to see the drift ice that forms off the coast during the winter months. As part of that several-day trip, we drove from Monbetsu down the eastern coast of Hokkaido to the Notsuke Peninsula. I didn't know a great deal about the peninsula before my visit, but it ended up being one of the most memorable places I've visited in Japan.

If you're a nature lover, this place is for you. There are some amazing bird watching opportunities - we saw massive hawks and eagles basically as soon as we arrived. The surrounding bay freezes over in winter, and you'll see deer and foxes out on the ice - it's otherworldly. One of the most unique experiences though was getting to do an ice walk ourselves, and the subsequent photos that we took while out there!

Because the ice is so vast and so flat, it creates the perfect venue for some optical illusion styled photographs. We had a bunch of props including a small mug and a mikan orange, which we set up to take pictures with. If you get the angles right, you can take photos that make you look like you're standing inside a mug, or balancing on the mikan. Honestly, there are probably a whole host of other great photos you could take - the only real limitation is your imagination, but it was definitely a bit of fun!

I'd love to return to the peninsula in the summer months as the area is famous for its wildflowers, although the winter landscape is captivating in its own unique way!

The Notsuke Peninsula Nature Center is located approximately 45 minutes drive from the Nakashibetsu Airport. The airport has direct routes to and from Tokyo's Haneda Airport and Sapporo's New Chitose Airport.

I'm an Australian who has lived abroad for almost a decade, including 7 years in Japan - specifically Tokyo and Niigata. I've  visited 44 of 47 prefectures, with only Kagoshima, Miyazaki and Kumamoto left to check out. I'm particularly fond of exploring off the beaten path destinations, gardens, and tea houses, and have a real interest in Japan's growing vegan scene. 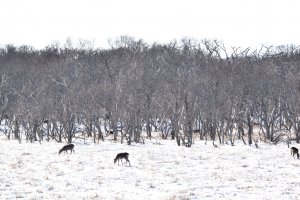 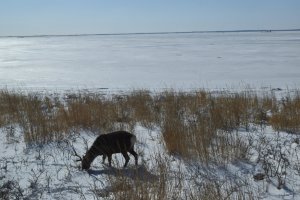 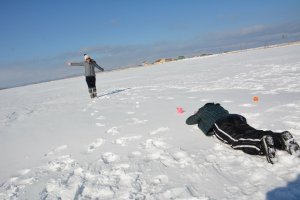 Elena Lisina a week ago
It looks like around here! Snow that stays 6 months a year isn't so exiting! ;)
Reply Show all 3 replies

Kim B Author a week ago
6 months is a bit too long!!
Reply

Sleiman Azizi a week ago
It's only half a year... lol
Reply

Elena Lisina a week ago
And it's coming soon, in October :(
Reply
4 comments in total