We are happy to see you again!

Spend the Year of the Rabbit at some of these destinations

2023 is the Year of the Rabbit, and if you're looking for a way to celebrate that in Japan, why not visit one of the shrines or temples across the country with rabbit motifs on their grounds? This guide covers five different destinations worth exploring on your visit.

Around 15 minutes driving time from the prefecture's famous sand dunes, Tottori's Hakuto Shrine pays homage to the Hare of Inaba (a famous Japanese folk tale), and it's a famous spot for people to come and pray for luck in the matchmaking realm. There are numerous rabbit statues leading up to the shrine, plus rabbit themed ema (the wooden plaques used to write prayers and wishes on).

Located around 10 minutes on foot from the well-known Heian Shrine, Okazaki Shrine is packed with various nods to rabbits including rabbit statues, ema, and lanterns to nae just a few. One of the reasons people visit this shrine is to pray for safe childbirth, as one of the bunny statues on the grounds (the black granite one) is said to provide women with an easy delivery if they rub its belly. It's worth a shot, at least!

Best known for its rainy season hydrangeas, Meigetsuin in Kanagawa is revered for its natural beauty year-round. There is plenty of manmade beauty here as well, including the temple's Moon Window which is a favorite spot for photographers and those seeking some quiet reflection.

In Japan and some other East Asian cultures, the moon is often seen as having a rabbit on it (in contrast to Western cultures that go for "the man in the moon" approach) and as a result, the temple also has several rabbit statues scattered around the grounds.

Although it isn't particularly large, Miwa Shrine is worth checking out if you've got some spare time while you're in Nagoya. Like Tottori's Hakuto Shrine, this shrine also draws inspiration from the Hare of Inaba folk tale, and a stone rabbit on the grounds is said to bring good luck to those who pet it. Specifically, petting the stone rabbit's ears is said to bring good fortune, so if you need a bit more of that in your life then be sure to stop by.

Tsuki Shrine in Saitama is another one that draws its rabbit connection from the moon. The word tsuki in Japanese means moon, and although the kanji for the shrine's name is different from the kanji for moon, the pronunciation is still the same. Numerous stone bunnies adorn the grounds here, with a rabbit fountain and a rabbit guarding the temizuya (also known as chōzu-ya – a large, water-filled basin) where visitors purify themselves before entering the shrine. 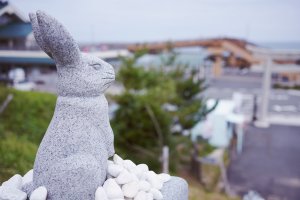 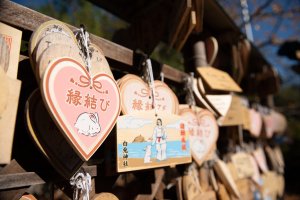 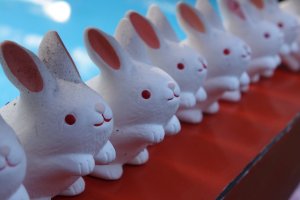 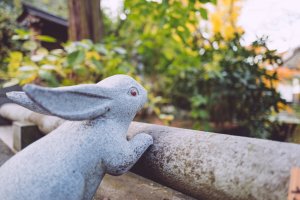 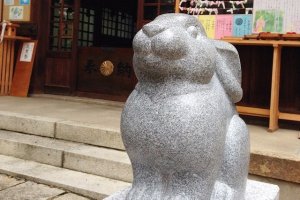 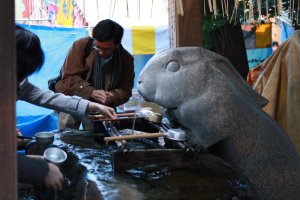 Elena Lisina a week ago
There is also one in Sendai. We call it the year of Bunny, but it's almost the same, I guess.
Reply Show all 0 replies
1 comment in total
Back to Contents

Thank you for your support!

Your feedback has been sent.