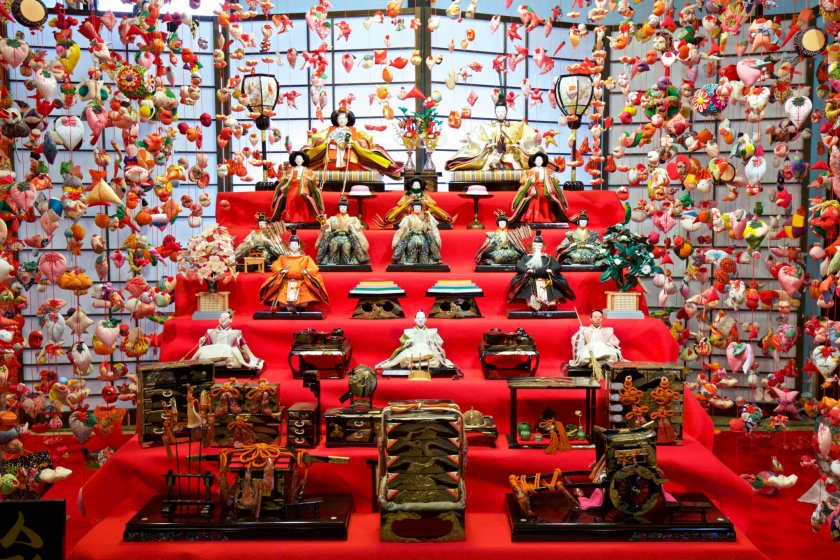 What really gets celebrated in Japan

Many of you may already be familiar with the National Holidays that take place in Japan. However, there are a lot of festivals and holidays in Japan that take place, even though they're not considered a national holiday.

You'll find more often than not that there is always some sort of celebration taking place in Japan and it can be pretty hard to keep up with what's happening if your new to Japan. Below is a list of holidays in Japan so you know what to expect throughout the year and during your time in Japan.

Japan is a country that is fond of its word puns and like many other holidays on this list, Strawberry Day takes place on its namesake: Ichi - Go. For those of you unaware, "Ichigo" is the Japanese word for "strawberry", however, the word can also be read as Ichi (number 1) and Go (number 5). Meaning Strawberry Day (Ichigo Day) takes place on Ichi-Go - 1st month, 5th day (January, 5th). Clever right?

it is unclear which came first, the pun or the need for a Strawberry holiday - I'll let you come to your own conclusion. Regardless, on January 5th you can often strawberries and strawberry cakes on discount at many supermarkets.

In case of emergency during your time in Japan, the emergency number to call is 110. In honour of this emergency services established by the Tokyo Metropolitan Police in 1985, January 10th (1-10) serves as a reminder to those that help is there if you need it.

2-0-1 can be read as “ni-o-i,” which is the Japanese word for smell or aroma. Taking place on February 1st (2, 01), the holiday doesn't have any noticeable occurrences or celebrations attached it. You may find the occasional retailer doing a sale, but you will have to travel to places like Japan's Awaji-shima, known for their insense factory, to get the most out of the day.

As you might expect, like many other countries around the world the 14th of February is Valentine's Day in Japan. Although for many readers, that is probably where the similarities end.

Unlike its western counterparts, in Japan, Valentine's Day is a day in which only women give gifts to men. That's right ladies, it's time to get out there and start hunting down that perfect Honmei-Choko chocolates for your special someone - seriously, we're not joking about the chocolates.

Although not customary, the most common gift given by women is chocolate, so much so, that it may seem a little out of place to give something else without good reason. With this in mind, it will probably come as no surprise to many of you that the Japanese retail market is a fan of this trend. In fact, when approaching Valentine's Day, you will see many stores overflowing with a variety of chocolate gifts for women to choose from. Why so much chocolate? Because if you only bought one, you obviously wouldn't have enough chocolate to give to all of your non-romantic male acquaintances that you need to buy gifts for... Let me explain.

Japan's valentine's Day chocolate comes in two forms. 'True Love Chocolate' (Honmei-Choko); intended for men that you have romantic feelings for and the other one, 'Obligation Chocolate' (Giri-Choko). As the name implies, this obligatory chocolate is for the male work colleagues and friends in your life and has little to do with love. So how can you tell the difference between the two types of chocolate?

Well, this is where it gets fun, or frustrating for many - you can't.

If you think that is bound to cause confusion, you're not entirely wrong. Like many situations in Japan, people frequently figure things out without having to be told directly, but often in the case of romance things get lost in translation - even when you speak the same language.

For the men reading this and taking some small pleasure in the idea of Valentines Day being a day for them, keep reading. White Day is just a month afterwards and the roles will soon be reversed.

If you are a cat lover, then Japan has you covered. The unofficial holiday is known as “Neko no hi,” and the date was chosen since the number 2 is pronounced “ni,” and when the numbers in 2/22 are spoken together, the “ni ni ni” resembles “nyan nyan nyan,” the sound a cat makes in Japan. Well known for its love of cats, from Japan's famous "Cat Island" to popular cat cafes, you'll be sure to see Japan's appreciation for it felines friends on this day.

Doll's Day or Girl's Day (Hinamatsuri) is celebrated on March 3rd where households and establishments will display ornamental dolls on red carpet which often depict the Emperor and Empress of Japan.

Families with daughters under the age of 10 will often display dolls up until March 3rd, but no longer than that - the superstition being that leaving the dolls on display any longer will result in a late marriage for their daughter.

During Hinamatsuri, it's common for girls to hold parties together and partake in some of the special food used to celebrate this day:

Although potential not relevant to a large amount of the people reading this, it's still good to know about this holiday. Many tourist and international residents around this time of year often find themselves nervously thinking - Why are all these dolls staring at me?

Out of all of the Japanese holidays that have number puns, this one is my favourite. A day to be thankful for the things you have and a reminder to give thanks to those around you. The numbers 'three' and 'nine' (March, 9th) are in this case read as “sankyu,” the Katakana version of “thank you.”

During White Day men that received gifts from women are expected to return the favour, especially if the relationship is potentially romantic. Men, if you don't respond with a gift on White Day, it's as good as saying you're not interested in that person - so make sure you add the date to your calendar and don't forget.

Traditional White Day gifts are cookies, jewellery, white chocolate, white lingerie and marshmallows - yes, marshmallows. However, for those returning gifts to romantic interests, the term sanbai gaeshi (triple the return) should be noted. As I'm sure you have already guessed, but the term implies that the gift you give on White Day should be 2 - 3 times more expensive than the one you received.

For out international couples out there, White Day is also informally known as 'International Marriage Day'. It is the day when the marriage between a Japanese national and a non-Japanese person was first officially permitted by law in 1873. So even if you are not into the whole gift-giving thing, it still might be a day worth celebrating with a loved one.

4 (shi) and 6 (ro) makes up the Japanese word for castle, shiro. A day design to encourage people to go out and enjoy one of Japan's many historical castles that can be found throughout the country.

5 (go) and 3 (mi) makes up the Japanese word for garbage, gomi. If you have ever lived in Japan, you will know it's infamous for its rules on separating garbage correctly, with some prefectures requiring people to be separate garbage into 15 different categories.

5 (go) 2 (fu) 9 (ku), Gofuku (May, 2-9th) is the fabric that kimonos are made out of and Kimono shops in Japan are often called Gofuku-ya (呉服屋) instead of Kimono-ya (着物屋). This day in Japan celebrates the traditional clothing that is recognisable around the world.

Six (roku) and 9 (ku) meshed together make it sound like “rock,” which how Japanese refer to Rock n’ Roll.

Star Festival (Tanabata) celebrates the meeting of the deities Orihime and Hikoboshi. According to legend, the Milky Way separates these lovers, and they are allowed to meet only once a year on the seventh day of the seventh lunar month of the lunisolar calendar. Traditional people will write their wishes on small, colourful strips of paper (tanzaku) and hang them on the branches of a small decorative bamboo tree.

Although celebrated all over Japan one of the largest festivals can be found in the city of Sendai where handmade streamers are hung throughout the city from long bamboo poles. Sendai Celebrates the festival a month after the traditional Chinese calendar, taking place in August rather than July, in order to keep to the seasonality of the old festival. A fireworks display on August 5 often marks the beginning of the festival and other larger celebrations take place in Osaka and Tokyo's Asagaya.

It wouldn't be Japan without some sort of reference to the iconic Japanese sticky bean food, natto. Seven (na) and 10 (to) gives you natto.

Eight (ha) and four (shi) gives us - Hashi. Written as different kanji, but the word can mean both bridge and chopsticks as it's meaning.

Double 9 (kyu) puts together kyukyu, the Japanese word for "emergency". A day designed to remind us to be grateful for the health services and take a little extra caution during your day.

7-5-3 Day (Shichi-Go-San-Hi) is a traditional rite of passage and festival day in Japan for 3 and 7-year-old girls and 3 and 5-year-old boys, held on November 15th.

It celebrates the growth and well-being of young children and you will be able to find children across japan celebrating at most major shrines; especially at Tokyo's Meiji Jingu - considered to be the most popular location for the holiday.

Like many other places around the world, the 25th of December is Christmas day in Japan. However, there are almost none of the Christian's religious connotations associated with Christmas and it is not a national holiday. Despite that, many hallmarks of Christmas make their appearance in Japan from decorative Christmas trees in homes and shopping centre, Christmas markets and LED lights keeping the streets illuminated at night.

Kentucky Fried Chicken (KFC) on Christmas has been a Japanese tradition since the 1970s, yes, KFC the global fast-food chain, and no, we're not joking. You will have to preorder meals on the weeks leading up to Christmas, potential weeks in advance, if you plan to join in the tradition.

Japan hosts European-style Christmas markets throughout the winter season with one of the most popular ones being the Tokyo Christmas Market - it’s sponsored by the German Tourism Association and the German Embassy and takes place December in Hibiya Park.

British copywriter living in Japan. Telling the stories of the land and the people that live here through paper, ink and keycaps. 2015 was the year of no return; I boarded a plane to Tokyo for a short-term study program at Aoyama Gakuin University and got a taste of something that just wouldn't wash out - I was hooked on the first date and didn't even know it. Japan only needed our second date to have me putting-out and falling in love with it. 2016 saw me spending a year in the bed of Oita, Kyushu while studying at Ritsumeikan Asia Pacific University and crafting memories that will last a lifetime. 2019 was my inevitable return to Japan to the obscure island of Awaji of all places for almost a year before moving back to Tokyo - where I am currently trying to build a life for myself here. 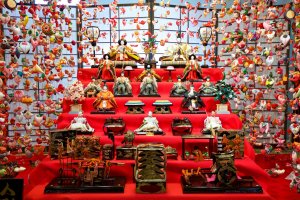 Questions about this Article?

Elizabeth S a week ago
During Hina Matsuri, many shops and schools have elaborate displays. One year, I saw a massive display of hanging decorations in the lobby of the Keio Plaza hotel in Tokyo. It's pretty spectacular.
Reply Show all 0 replies

Elena Lisina a week ago
WOW! So many!!!
Reply Show all 0 replies

Lynda Hogan a week ago
There is actually one for every day of the year - never a dull moment here!
Reply Show all 0 replies

Kim B a week ago
Had to chuckle at quite a few of the holidays on this list! All in good fun!
Reply Show all 0 replies

Larry Knipfing a week ago
Clever and fun! And useful...!!
Reply Show all 0 replies
5 comments in total